Coaching your Team inspires them to take flight 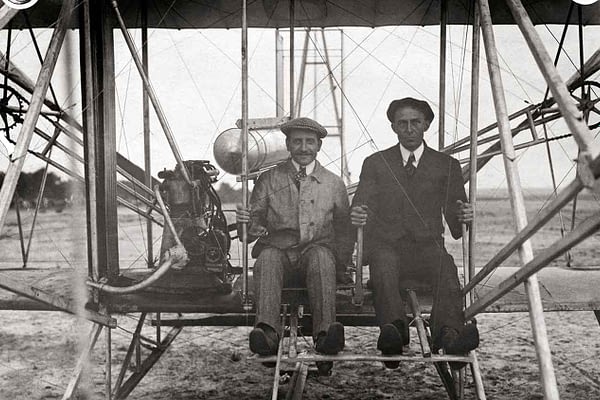 Everyone has heard of the Wright Bros, but very few remember hearing the name “Samuel Pierpont Langley.” The reason why could surprise you. It could also be the thing that helps your business do something you never thought possible. Take flight!

“Public interest was high. Experts were eager to contribute. Money was readily available. Armed with every ingredient for success, Samuel Pierpont Langley set out in the early 1900s to be the first man to pilot an airplane.

Highly regarded, he was a senior officer at the Smithsonian Institution, a mathematics professor who had also worked at Harvard. His friends included some of the most powerful men in government and business, including Andrew Carnegie and Alexander Graham Bell. Langley was given a $50,000 grant from the War Department to fund his project, a tremendous amount of money for the time.

He pulled together the best minds of the day, a veritable dream team of talent and know-how. Langley and his team used the finest materials, and the press followed him everywhere. People all over the country were riveted to the story, waiting to read that he had achieved his goal. With the team he had gathered and ample resources, his success was guaranteed. Or was it?

A few hundred miles away, Wilbur and Orville Wright were working on their own flying machine. Their passion to fly was so intense that it inspired the enthusiasm and commitment of a dedicated group in their hometown of Dayton, Ohio. There was no funding for their venture. No government grants. No high-level connections. Not a single person on the team had an advanced degree or even a college education, not even Wilbur or Orville.

But the team banded together in a humble bicycle shop and made their vision real. On December 17, 1903, a small group witnessed a man take flight for the first time in history.”

So how in the heck did the Wright brothers manage to beat the better equipped, far better funded and even better educated team of Langley’s?

It wasn’t just by chance. The Wright brothers and Langley both were regarded as highly motivated. Both had a robust work ethic. Both had sharp scientific minds. There were in pursuit of precisely the same goal, yet only the Write brothers were able to inspire those around them and truly lead their team to develop a technology that would change the world. Only the Wright brothers chose to coach their team to victory rather than manage them. It’s important to not just lead your team, but inspire them. By framing their interactions as collaborative coaching exchanges and starting with “why” they succeeded where Sam Langley did not.

If you’re interested in learning to coach your team, be it business or sport, rather than simply manage them; reach out for a complimentary free session. We look forward to sharing the key concepts that will change how you look at leading team forever.